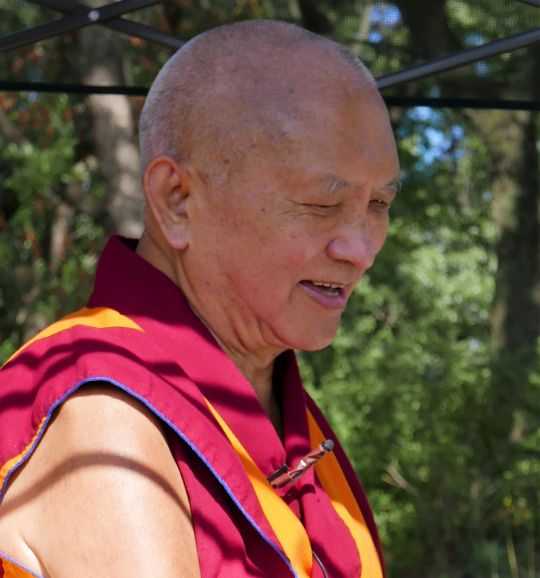 While he was in New York this past summer, Lama Zopa Rinpoche took a few minutes to explain the six-syllable mantra AH AAH SHA SA MA HA.

In an informal conversation, Rinpoche held up a card on which he had written this mantra in Tibetan. The front of the card has a cat picture and reads, “I’m the incarnation of all your cats who have died—that’s why OM MANI PADME HUM comes from my mouth!” Rinpoche reads this and then the AH AAH SHA SA MA HA mantra he has inscribed below it, then the inside of the card in which he has written, “It’s all over Solu Khumbu carved on the rocks and it’s called the ‘six syllables of clairvoyance.’ And if you see this mantra, after fifteen days, the heavy negative karmas get purified, so it has a very profound meaning.” 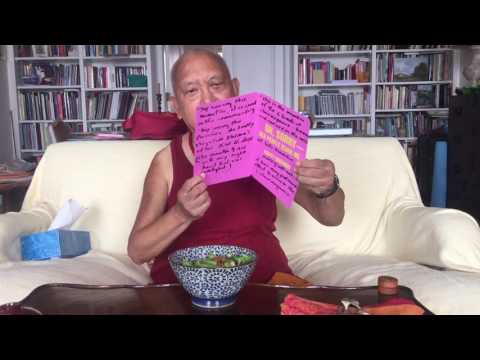 The six-syllable mantra, which has also been called the mantra that “just by seeing you become enlightened,” is explained as having the potential to liberate those born in the lower realms and to bless and purify the environment. Lama Zopa Rinpoche advises the following: “Put this mantra in your house where people can see it—in the dining room or kitchen, inside or outside. You can also put it by the road or on signposts. Just by seeing this mantra, sentient beings move closer to enlightenment and their negative karma is purified, even without their knowledge.” 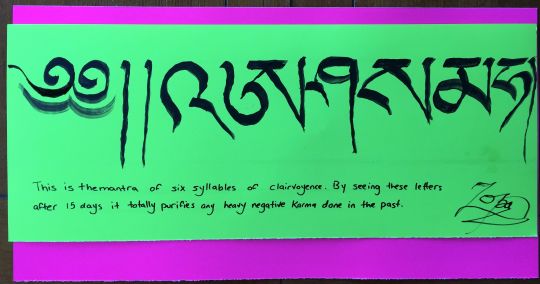 The mantra of the six syllables of clairvoyance, written by Lama Zopa Rinpoche. Rinpoche asked for this sign to be displayed indoors and outdoors to leave imprints on the beings that see it. Washington State, USA, 2016. Photo by Ven. Roger Kunsang.


Read more about this mantra on Lama Yeshe Wisdom Archive:

Lama Zopa Rinpoche is the spiritual director of the Foundation for the Preservation of Mahayana Tradition (FPMT), a Tibetan Buddhist organization dedicated to the transmission of the Mahayana Buddhist tradition and values worldwide through teaching, meditation and community service.